New Releases: The Eye of Zoltar and Marina 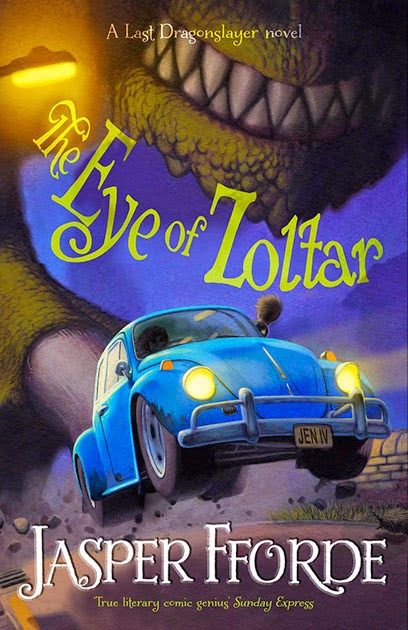 Even though I bought The Eye of Zoltar a couple of months ago from the UK (it doesn't release in the US until October), I didn't read it immediately because, once again, it would leave me without an unread Jasper Fforde book on my shelves. But I recently needed a comfort read and nothing works better for that than Fforde so I had to give in. This is the third Last Dragonslayer book and it was surprisingly sad in parts. It was also surprisingly good, possibly the best of the series -- despite not having the Quarkbeast in most of the story. The development of the characters (especially Jennifer Strange) is coming along nicely and there was a great addition who I hope will at least have a minor role in the next story. I look forward to rereading all three when the fourth (and the last, according to Fforde) book comes out. I don't know how long I will have to wait though. His website also mentions a "standalone thriller of some sort" as his next book. 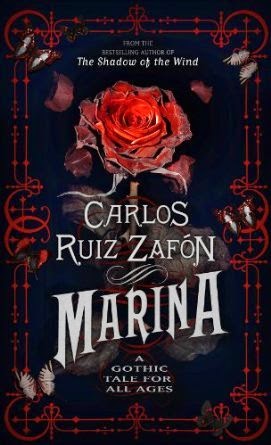 I also didn't want to read Marina right away, mostly because Carlos Ruiz Zafón's books are perfect fall reads and we're so close to RIP season -- but then I couldn't leave this gem sitting on my review shelf. It has a gorgeous cover and it is the final book in a loose collection of YA horror tales, following The Prince of Mist, The Midnight Palace and The Watcher in the Shadows. He wrote all of these books in the 1990s, before he wrote Shadow of the Wind.

I could actually see some of the seeds of Shadow in Marina. It was creepy and quite gothic and was another of CRZ's love letters to Barcelona, a city that I'm now equally excited and frightened to visit. It's the story of fifteen-year old Oscar, who is drawn to what he believes is an abandoned house, only to then be drawn into the quiet, mysterious lives of Marina and her father. Marina and Oscar are also dragged into a much more sinister mystery that begins in a graveyard and ends in flames. This book had a heartbreaking ending but the journey was well worth it. It had a slightly slow start but then it picked up and I couldn't put it down until I was done. I'm sad that this is the last of CRZ's early books to be translated to English.

I promised Trish that I would suggest which of these CRZ books to read first (they are all stand-alones). After finishing all four, I honestly can't decide. They are all equally good but different, so choose whatever you're in the mood for -- a ghost in Bombay, a monster in Barcelona, or one of two seaside terrors. You can't go wrong with any of them.

Back to waiting,
K

p.s. I received an ARC of Marina from the Library Thing Early Reviewers program.
Posted by Kristen M. at 12:35 AM