New Releases: The Zoo and The Book That Changed America

Sometimes the reading of one good book leads directly to another. The first of these I bought for my own Easter basket, the second was a library book that had almost reached its due date. 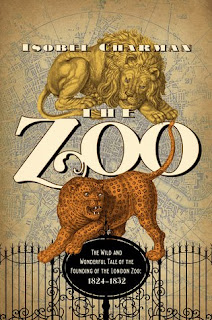 The Zoo: The Wild and Wonderful Tale of the Founding of London Zoo: 1826-1851 by Isobel Charman is just what it says in the subtitle, the story of the founding of the Zoological Society of London and, in turn, the first days of the London Zoo. I'm not sure I've mentioned this much here but my bachelor's degree is in zoology and I did two projects with many hours of observation on captive animals (sea otters!) before getting my degree. Zoos and aquariums are near and dear to my heart (and absolutely necessary if they have a conservation mission) as is Victorian London so this book couldn't have been more up my alley. It was definitely a tough read at times because of the lack of knowledge of how to properly house and care for wild animals and also their incompatibility with London's filthy air and chilly climate. This was balanced, though, by the work of some good men who truly cared and wanted to learn about the creatures they were charged with looking after.

Each chapter is written to focus on a specific man and to highlight his contribution to the zoo, be he a visionary, an architect, or an Earl. What led me to crave my next read was the chapter on Darwin, whose voyage on The Beagle and return with samples and ideas coincided with some of the first years of the zoo.

(Note: this is narrative non-fiction but Charman was very careful in using original sources to create the narrative. She added 12 pages of Notes on the Use of Sources at the end so I trust that she didn't take many liberties. Still, I know some readers aren't fans of narrative non-fic, hence this warning.) 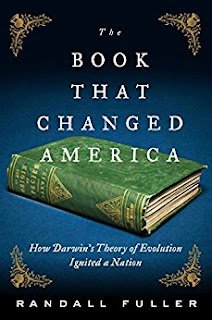 I don't remember where I heard about Randall Fuller's The Book That Changed America: How Darwin's Theory of Evolution Ignited a Nation but I know that I immediately put a hold on it at my local library and then it sat here for weeks unread, renewed twice. Luckily, the mood struck to read it before it was due back (finished yesterday, due today) because it was incredibly relevant and educational. I expected to fall more in love with Darwin and his scholarship but I actually ended up with a newfound love and respect for Henry David Thoreau, nemesis of my high school days due to a badly-timed read of Walden. The book focuses on the literary and scientific men and women of Concord, Massachusetts and surrounding environs, their religion, Transcendentalism, and their abolitionist views in the days after Darwin's Origin of the Species arrived in the United States. Reading about Emerson, Thoreau, Alcott (father and daughter), and others as they absorbed the theory of Natural Selection and applied it to their fight for the end of slavery was fascinating. There was also a plethora of content about natural history, literature, and lifelong friendships, enough to make this a must-read book. I plan to buy my own copy of this book so that I can fill it with sticky notes. This passage felt especially relevant today--

That night [Thoreau] wrote nothing about the world beyond Concord's woods--a world that seemed increasingly on the edge of combustion, too. A few months earlier he had been utterly consumed by the John Brown affair, unable to sleep, angry, and aflame with indignation. During the winter he had willed himself to quit thinking about the nation's baleful state of affairs, its compromises and hypocrisies, its unacceptable complicity with slavery. With little faith in the political process, which he believed favored the wealthy and self-interested, Thoreau read about the upcoming Republican and Democratic conventions with derision.
Darwin's book had helped him take his mind off these things. The Origin had redirected his thinking. It shifted his focus from a corrupt society that seemed incapable of reform to a natural world defined entirely by change and exuberant dynamism. In his journals and conversations, Thoreau still sometimes erupted in anger at Brown's unjust execution. But Darwin's theory soothed him during this period.

While reading this, I felt relieved that my feelings of late were not irrational but heartbroken that our country has yet to become the "more perfect union" that the founders envisioned. It also reminded me that regular distractions from politics are essential for good health and that a simple one can be found in any good book.