There was a bulletin board at Z's school that had these stars on it. They were safety rules as written by 2nd graders. These were just a couple of them. They have nothing to do with books but I couldn't resist. I wish I had photographed more of them. Like the one that warned not to jump into a "sallow" pool ... 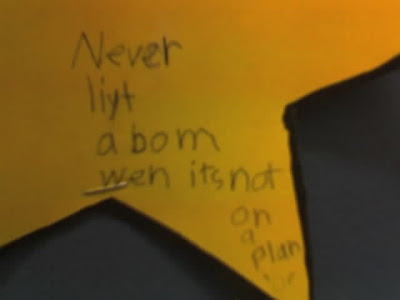 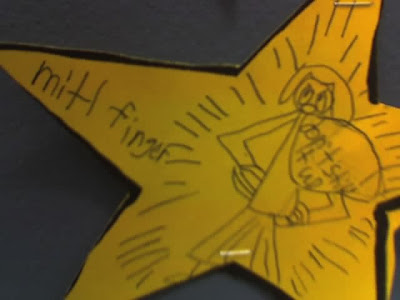 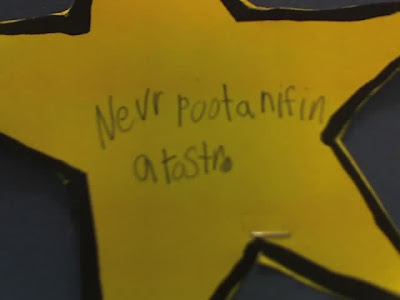 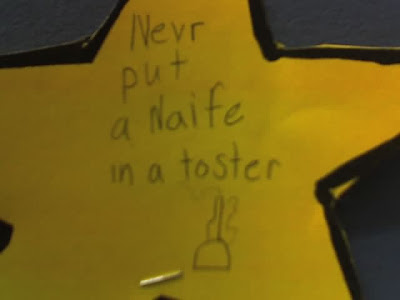 I'm a little worried that there were two separate kids who had been warned against knives in toasters. And that second one is a little blurry ... it says "Mitl finger ... Don't stik it up." Or what? I'm not even going to talk about the "bom on the plane" kid. He's just naughty.

Wondering what ever happened to "don't run with scissors",
K
Posted by Kristen M. at 12:10 AM