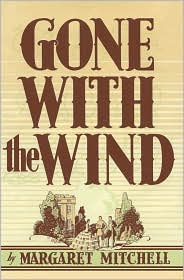 Why not try The Grapes of Wrath

by John Steinbeck. Apparently there's some foul language in there. I dare you to find it before you fall asleep while wading through another tedious "dustbowl" passage.

Or break your teeth on William Golding's Lord of the Flies

. We are supposed to skip it "because the book is 'demoralizing inasmuch as it implies that man is little more than an animal'." It doesn't matter that this exact sort of human behavior has been proven in sociological experiments, eh?

If you have time for a chunkster, grab a copy of Gone With the Wind

by Margaret Mitchell. Strangely, it's not the portrayal of slaves as mentally slow and happily subservient that got it banned but the use of the "n" word. Which is more harmful -- ideas or words? 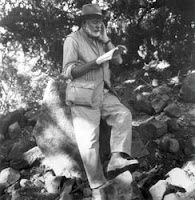 Want to delve into the world of politics? Try All the King's Men

by Robert Penn Warren. Grab a copy before it gets labeled a "top secret" strategy guide for corrupt politicians.

Looking for something satanic? Try J.R.R. Tolkien's The Lord of the Rings

series. Satanic without any mention of Satan ... hmm.

Or for fun, grab anything from Kurt Vonnegut

. There's a good chance that it was challenged or banned.

These are just a few of the banned books and authors that I have read over the years. I didn't love all of them but I survived the encounters without becoming a Satan-worshipping, foul-mouthed degenerate. Go figure.

Hoping someone will challenge more good books that need exposure,
K
Posted by Kristen M. at 12:18 AM