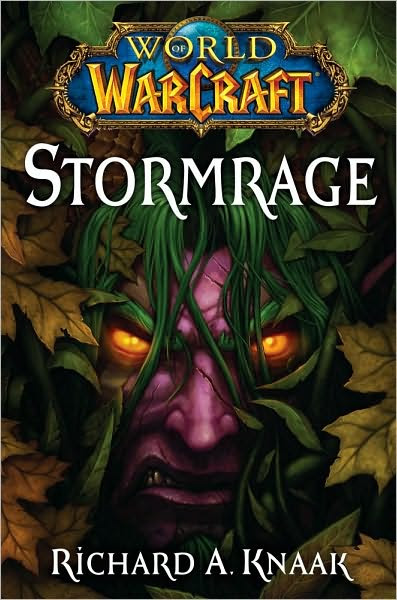 I received a request to review this book a few months ago and was about to decline it since it's not my type of book.  But then my brother offered to help out and review this one.  So, without further ado, please welcome my guest reviewer, Brian.

When reading a book that’s based on a predefined universe such as Star Wars or Dragonlance, it’s inherent that there will be two perspectives to be gleaned from the reading. The first is that of a reader; the second from that of a fanboy. To wit: the fanboy will always forgive writing quality for universe lore. I attempted to keep this in mind as I approached Stormrage by Richard A. Knaak, based on Blizzard Entertainment’s popular Warcraft history.
I love fantasy stories of all types, from high fantasy to modern fantasy. I play World of Warcraft a lot. I play *all* of Blizzard’s games a lot. I am interested in the storylines and the lore behind the games. I enjoy immersing myself in a world that has such a rich history. I am truly a Blizzard fanboy.


I have struggled for months (Three months. Three whole mind-numbingly wasted months.) to read my way through this book, picking it up and setting it down repeatedly. The language is stilted. The dialogue is bland, uninviting, and nested in a faux “fantasy” old English which slips into modern vernacular at will. Events were foreshadowed that never took place, and the author enjoyed hinting at things which he never explained. The reader would be told the character had a plan only to be left in the dark forever on what the plan was. And without a perfect knowledge of the universe, neither the characters nor the events within the book made any sense. I found myself looking up events and characters on wikis just to understand the story. 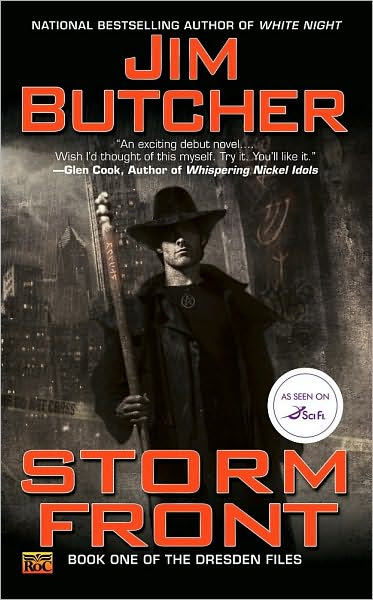 There is a light at the end of this review! While hiding the book behind my bookshelf, I remembered watching a series on SciFi a few years back (before they changed their name to the new insipid moniker simply for copyright reasons) called The Dresden Files, starring Paul Blackthorn. I remembered enjoying the idea of a wizard acting as a private detective in modern Chicago. I re-watched the series for nostalgia’s sake thanks to Netflix, followed by a little online research to find out why it was cancelled. I was pleasantly surprised to find out it was based on a series of books. Two weeks later, (during finals no less!) and I’ve consumed 8 books so far. If you want bubblegum fantasy reading, pick up Jim Butcher’s Dresden Files books. Avoid Knaak like the plague.

Well, I have to say that I'm glad I wasn't the one to suffer through that book!  Have any of you read a book based on somewhere or someone you already know, hoping for the best but finding that it wasn't even readable?