If you're like me, Father's Day is sneaking up on you and you still don't know what you're getting for the fathers in your life. Here are a couple of books that came through our house recently that I would definitely consider.

by Simon Winchester has one of the longest subtitles I've seen--Great Sea Battles, Heroic Discoveries, Titanic Storms, and a Vast Ocean of a Million Stories--and yet it still seems inadequate for a book that has such an incredible amount of history packed in. I'm about half-way through this book and anticipate it taking quite a while longer to finish only because I can't read more than a few pages in one sitting before I am overwhelmed with the amount of information that has been presented. There is so much that I want to remember, so much to ponder that I want to savor it rather than rush through and miss things. I started this book right after seeing (and accidentally stepping in) the Atlantic Ocean for the first time and so this book also just means something a bit special to me now.

This is my second read by Winchester and I'm impressed again by the combination of in-depth research and an easy, conversational tone. Any father that loves stories of the sea will be fascinated by this book. And, I'm sure it's obvious that this book isn't just for dads. This might even be an appropriate grad gift for someone in marine biology, anthropology or history. 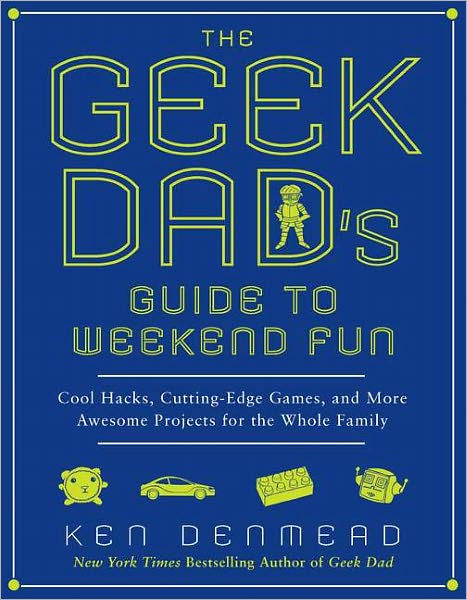 by Ken Denmead. Also with an impressive subtitle (Cool Hacks, Cutting-Edge Games, and More Awesome Projects for the Whole Family), this book's strength comes from its wide variety of projects and clear instructions. Some of the activities are even done with things that a good geek dad should already have around the house like massive amounts of spare Lego. The dad in my house is eyeing the Backyard Zip Line project (although the idea makes me rather nervous!).

There's a cute animated trailer for the book that happily features both a daughter and a son spending an entire day with their dad, making all sorts of fun projects. So, this could be a gift for you as well when you get a free day while dad is busy building a trebuchet with the kids. With over two dozen projects there's also something for just about every age group so that even the littlest ones can have fun making homemade rootbeer or playing Pokemon bingo. 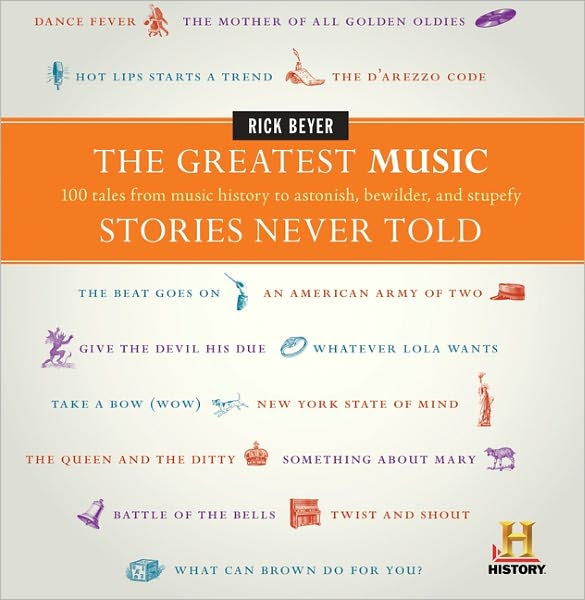 by Rick Beyer. This is the next in a series of books that are published in conjunction with the History Channel. The other books focus on General History, War, Presidents and Science and you can look at them here.

Though labeled as music stories, this is more of a general history book that is packed full of trivia that just happens to relate to music. I learned that Benjamin Franklin gave guitar lessons and about the origin of the Billboard music charts. There's also a companion webpage where you can play videos and sound samples that pair with the stories. The only thing that I would warn is that the cover of the book is a bit misleading as it lists names that seem like modern songs but are, in fact, the titles that are applied to historical events in a bit of a punny way. New York State of Mind is not about Billy Joel but rather the story behind the Sinatra hit New York, New York. Still, this book has a lot to offer including a wealth of historical photos and tidbits.

Hoping not to forget to buy gifts in time,
K

and The Greatest Stories Never Told: 100 Tales from History to Astonish, Bewilder, and Stupefy

on Amazon or find them at your local library. We received uncorrected proofs of these books for review.
Posted by Kristen M. at 12:22 AM