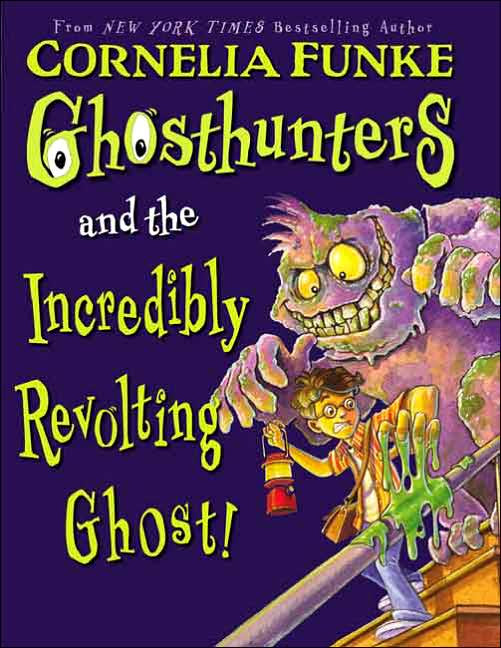 Z has decided he wants to write the review about our last bedtime book, so without further ado (and with only a little parental prompting) --

This book is called Ghosthunters and the Incredibly Revolting Ghost! The author is Cornelia Funke. She's the author of The Thief Lord.

It's Book 1 of Ghosthunters series. It's German in 1993 and English in 2006. The main character is Tom and his sister Lola. Lola treats Tom like a joke. One day an Asg (Averagely Spooky Ghost) named Hugo moves to Tom's cellar. Tom has to bring Hugo home and avoid a huge Irg (Incredibly Revolting Ghost). Tom gets help from his grandmother's friend Hetty Hyssop because she is a ghost specialist.