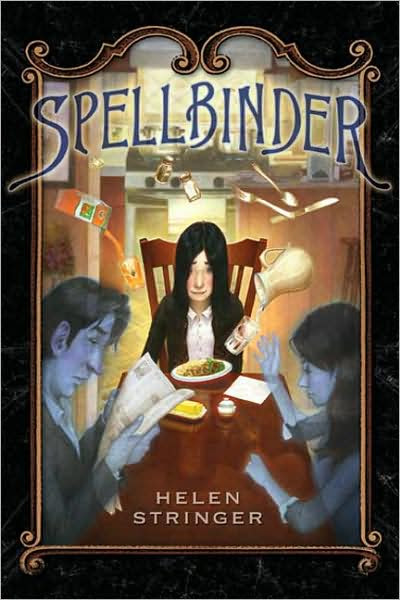 Helen Stringer's Spellbinder was an RIP read for me in 2009. I loved the middle grade novel of magic and suspense (read my review) and, though it was a fairly self-contained story, there were enough loose ends to suggest that Stringer hoped to make it a series. This year, the second book to feature Belladonna Johnson, The Midnight Gate, was published. Because I enjoyed the first book so much, I decided to re-read it before starting the second book. I even bought a hardcover copy of the book (my original copy was an ARC) to have in my permanent library. I chose the books for the read-a-thon and ended up spending an enjoyable (but suspense-filled) day with this amazingly resilient young lady.

Belladonna is anything but a typical twelve-year-old -- not because she is an orphan (sadly, that happens regularly to children) but because she still lives with her parents though they are now ghosts. She had started to see ghosts even before her parents died but it became an unexpected blessing when she faced the prospect of living without them. But along with this ability come other responsibilities that Belladonna soon realizes are hers as all of the ghosts of the world start disappearing. With the unexpected help of a classmate and a single remaining ghost girl, Belladonna must restore order to both the worlds of the living and the dead. 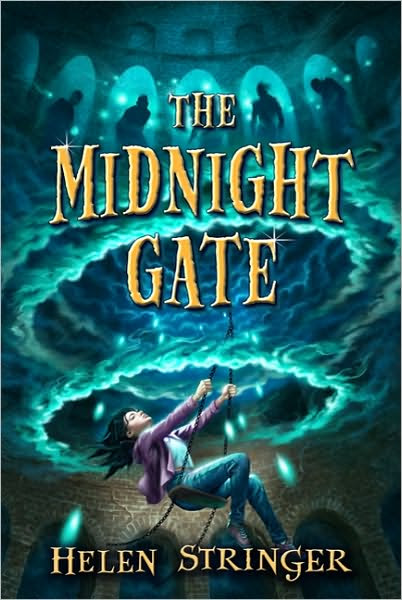 The Midnight Gate picks up two months later. Everything seems to be back to normal but soon the mean girl in school seeks revenge on Belladonna by exposing the fact that she appears to be living alone (as her parents are not visible to anyone else). Her new foster parents are suspiciously mild-mannered and it is soon obvious that they aren't all they seem. Again, Belladonna must take a break from her school work to save the world.

Though I spent almost an entire day in these stories, I didn't tire of them at all. In fact, I was sad again when the story ended. The characters are interesting and believable (even the ghostly ones), the villains are terrifying and the worlds are vivid and well-written. There is real peril in the story and true bravery and self-sacrifice.

I can only hope again that Feiwel and Friends continue to support Helen Stringer and the story of Belladonna Johnson! It probably won't hurt that MTV bought the rights to a pilot script for Spellbinder earlier this month (though right now I can only think of all of the ways that they could possibly ruin this empowering and ultimately positive story).