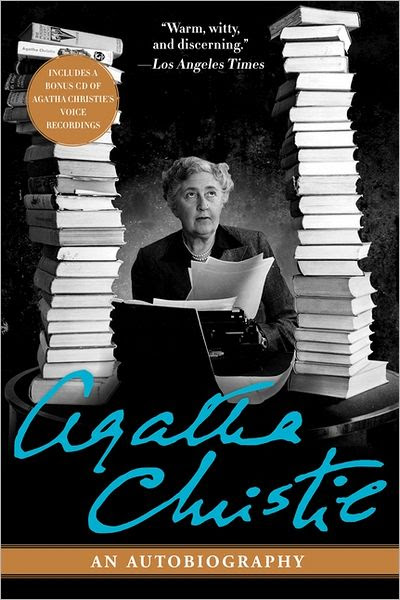 It's been a week or so since I finished Agatha Christie's An Autobiography (newly re-released by Harper and including a cd of Christie's own voice as she recorded this book for her typist). It took me almost a month to get through it because there was just so much in it that I had to read it in short bits and then spend some time absorbing each section. I apparently also spent quite a bit of time having feelings of intense jealousy. I spent a lot of November feeling dissatisfied with my life for no apparent reason -- and then I realized that I was jealous of Agatha's world travels and her multiple marriage proposals and her plethora of houses. She lived an adventure-filled life and she worked hard for everything she had. Some of her views on women were quite Victorian but she actually lived a rather pioneering life. There are few writers who lived lives that rivaled their novels in excitement but she is certainly one of them.

Some of the highlights of this book for me turned out to be entirely coincidental. The three books that I chose to re-read last month were most of the ones featured in the book and it was fun to get an expanded view of the stories. The best was probably The Man in the Brown Suit. Most of the travel and location portions were actually taken straight from Christie's own sea voyage to South Africa and her time there. I was happy to have the novel fresh in my mind while reading of Christie's own adventures.

Fans of Agatha Christie's novels will probably enjoy reading this book and learning all sorts of things about this amazing woman -- like the fact that she wrote her first detective story on a bit of a dare and that's when she created Hercule Poirot. Sadly, she doesn't speak at all of her disappearance after her first husband's infidelity so that remains a mystery. But seeing as she is the Queen of Mystery, it seems somewhat fitting that she left us with one that will never be completely solved.