New-ish Release: From the Mouth of the Whale 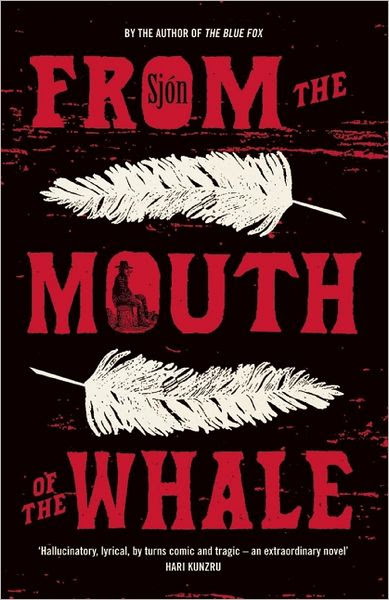 Ever since hearing about The Blue Fox, I've wanted to read something by Sjón (a.k.a. Sigurjón Birgir Sigurðsson). There's just something unique about Icelandic literature and From the Mouth of the Whale is a perfect example of it. Set in 1635, it is the story of Jónas Pálmason, also known as Jónas the Learned, whose education also ended up being his downfall when he angered a local magistrate. This book contrasts the structure and order of natural history with the unpredictability of man.

Different from other Icelandic books I've read, there's almost no reference to the gods of old but, instead, this novel touches on one of the more recent religious conflicts of the island nation -- the change from Catholicism to Lutheranism in the mid sixteenth century. Though there are some horrific events in this ever-shifting story, overall it's a magical book.

Treasuring hearth and home,
K
Posted by Kristen M. at 12:30 AM