A Year of Dickens: New Release: The Solitary House 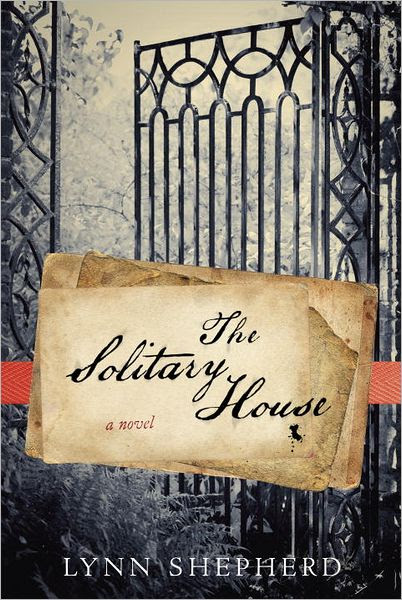 I asked for a Library Thing review copy of The Solitary House by Lynn Shepherd (called Tom-All-Alone's in the UK) knowing only the briefest of details about it but knowing also that it was bound to fit my interests perfectly. So imagine my joyful surprise when I read the first sentence of the book and immediately recognized it as being almost the exact starting words as one of my favorite Dickens novels, Bleak House --

However, Shepherd's story starts as Michaelmas term has lately begun because this is not the story of Esther Summerson and her family and friends, although that story does live in the background of this one. Rather, it is the story of Charles Maddox, a detective who is trying track down a child that has gone missing many years before. While trying to care for his ailing uncle and mentor, he is summoned to the powerful Mr. Edward Tulkinghorn and is given a seemingly simple case by the formidable lawyer. The ways that these two stories eventually come together is unimaginable, the cases turning out to be just as twisted as the course that Shepherd leads us down through this marriage of old and new stories.

After the pleasant surprise that this was a novel inspired by Dickens, I was even more thrilled to see another favorite novel incorporated later in the tale -- which I won't reveal to you because it's quite a wonderful and unexpected thing. I immediately wanted to reread these two favorites because The Solitary House is written from a place of devotion to these novels and it comes through constantly. But the story that Shepherd has created on her own is just as strong and my worry that it wouldn't live up to the novels that it borrowed from was unfounded. The only moment I was unhappy was when I had to relive one of the saddest moments in Bleak House and, in my opinion, in all of literature. Regardless of my dread of that heartbreaking scene, this was a wonderful novel that would have made Dickens proud in its exposure and denunciation of some of the myriad injustices of Victorian London. I can't wait to read Shepherd's next novel (and I've decided to reread Bleak House for my Year of Dickens after all).

A wonderful read lately over,
K
Posted by Kristen M. at 12:58 AM