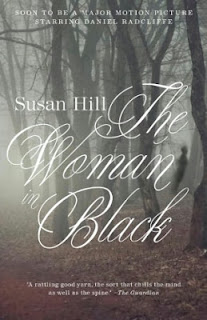 This will be a pretty short post because I read the book and watched the film a month and a half ago and, to be honest, neither was especially memorable. The book was satisfactory but not mind-blowing and the film was bad but in a totally predictable way.

Susan Hill's The Woman in Black has been on my TBR list for years but I didn't get around to reading it until December, mostly because I also wanted to watch the recent film version. It turned out to be an acceptably spooky story with good pacing and a haunted house that I hope never to get caught in at night. But while the story also had a deep feeling of melancholy and loss, the film went for the cheap thrills, inventing horrors that were obvious and, to be honest, rather lame. I knew from the moment that I saw it was a Hammer film that it would be over the top but, when the entire mystery of the book was given away in the first few minutes of the film and then was just exploited for stereotypical horror scenarios, it was really frustrating. And I really don't believe this interview with Susan Hill where she says

And now, 30 years after I wrote it, The Woman in Black has made it to the big screen. Jane Goldman, one of the hottest screenwriting talents around, has done a marvellous adaptation, which is just that — not a copy but a screen interpretation which remains faithful to the spirit of the book but, like the play, is true to its own medium. 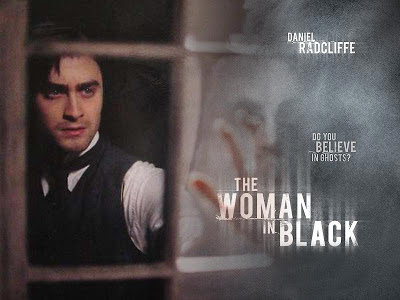 The film was not at all faithful to the spirit of the book nor was it, by any stretch of the imagination "marvellous". It was like a knock-off of The Ring or some other schlocky horror film.

Verdict: Read the book, skip the movie ... unless you really need to see Daniel Radcliffe looking handsome at a legal age, then go ahead and watch it but don't expect anything but a standard horror flick.

Disappointed once more,
K
Posted by Kristen M. at 12:38 AM