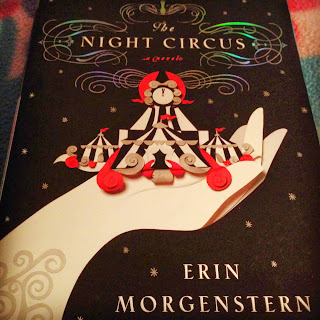 I was a bit (okay ... REALLY) nervous before starting The Night Circus by Erin Morgenstern because it was so highly praised by many bloggers with similar tastes to mine. I knew that it would either end up being a favorite or, sadly, a disappointment. I had won a copy of the ARC soon after it was released but I just never found the right time to start it. Then I also found a super-discounted hardcover that I couldn't resist so, owning two copies, I picked up one of them with excitement and a bit of trepidation. My fears couldn't have been more unfounded. This was an amazingly brilliant and beautiful book. This tale of a mysterious and magical circus and its inhabitants and fans was just so utterly unique and compelling that I got completely lost in the story. I can understand the obsession with the circus both inside and outside the book. Now my fears can be shifted to the film version that is being created at the moment. But if it can capture even a portion of the magic without adding in any Hollywood tropes, it will be something to behold. 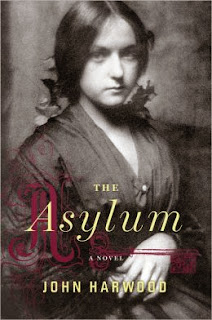 I didn't own The Asylum when the RIP season started but I just couldn't resist a new John Harwood. I liked The Ghost Writer quite a bit and loved The Seance. His second book is still my favorite but this comes close, although it's revealed to me another of my major fears -- wrongful imprisonment in an asylum. This is a story of mistaken identity, of a past temporarily lost and of the need to know one's place in the world. The ending is a bit sudden but the suspense and intrigue of the rest of the book makes up for it. I can honestly recommend any of Harwood's books if you are looking for a great RIP read!

Escaping into one world and trying to escape another,
K
Posted by Kristen M. at 11:30 PM