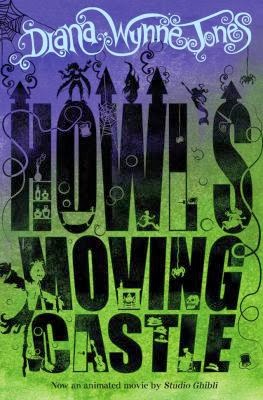 Sophie is a shy girl who doesn't expect much out of life so, when she is put under a spell by the Witch of the Waste that changes her into an old woman, she simply leaves home and everything she knows and ends up taking up residence in the castle of the wizard Howl -- a castle that moves around the countryside and has multiple magical entrances in multiple towns. Sophie becomes Howl's housekeeper as she looks for a way to reverse her curse (with the help of the fire demon Calcifer). 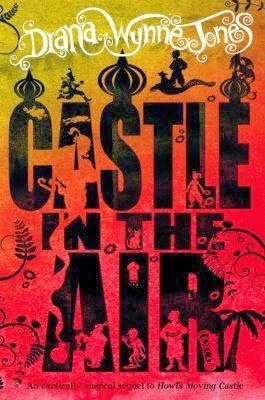 In a fictional Arabian city, Abdullah is a carpet merchant whose dreams come true when he acquires a magic carpet that takes him to the garden of Flower-in-the-Night, a beautiful princess. Abdullah is immediately in love but, between the djinn that kidnaps Flower and Abdullah's subsequent imprisonment by her father, it's questionable whether having one's dreams come true is a good thing or not. 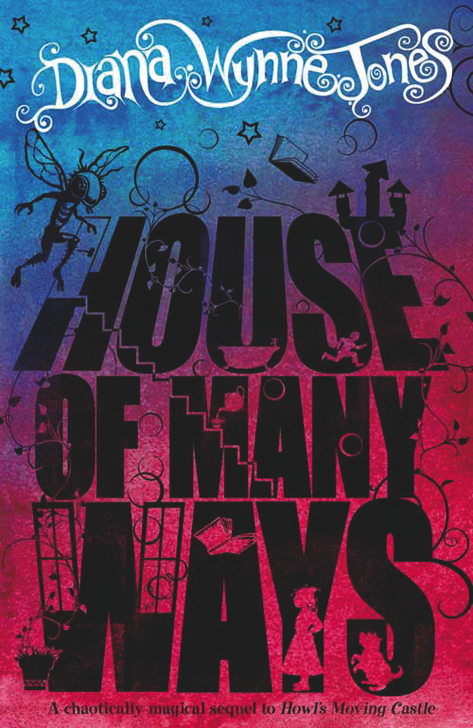 House of Many Ways is about a sheltered girl called Charmain who only wants to sit and read. Her family sends her to care for the house of her grandfather while he goes away to be healed by the elves. There are piles and piles of dirty laundry there, and a kitchen full of dirty dishes, and Charmain, without the first idea of how to do regular household chores, settles for reading books and learning how to do magic and helping the king and princess organize their library. Unlike in most books where the protagonist likes to read and her parents wish she would desist, Charmain’s reading has served her ill in some ways (well, that and her mother’s determination that she should be Privileged). She’s incapable of doing regular chores like laundry and dishes and cooking, which gives rise to much mockery by a boy called Peter who comes to stay at her grandfather’s house to be his apprentice. (summary by Jenny)

Share your Howl and Sophie love today!
Posted by Kristen M. at 12:12 AM