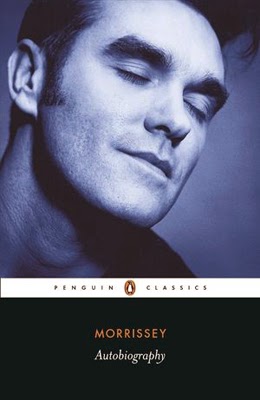 I know that it came out a year ago and I bought a copy from the UK the week it came out but somehow time flew and I only ended up reading Morrissey's Autobiography this November. This book will have a specific audience so, instead of trying to convince you to read it, let me give you a few tips if you're already planning on reading about Stephen Patrick Morrissey, from childhood through his most recent album.


Reading this book was definitely an experience. There were times when my heart broke for Morrissey and other times when I wanted to slap him. Overall, this book proves that he's human and he needs to be loved just like everybody else does. (Sorry.) I think that the first person that needs to learn to love him though is the one residing in his own skin. Still, I will be queuing up for tickets the next time he is in town to see him (for the fourth time) and let him bask in my adoration.

Trudging slowly over wet sand,
K
Posted by Kristen M. at 12:11 AM