I never quite know what to do for the blog when I'm further along in a series. Sometimes I write a nice big recap post of the whole series but today I've decided just to mention the two series books that I've read this year in case anyone is somehow unaware that these books and series exist. I wouldn't want anyone to miss something good! 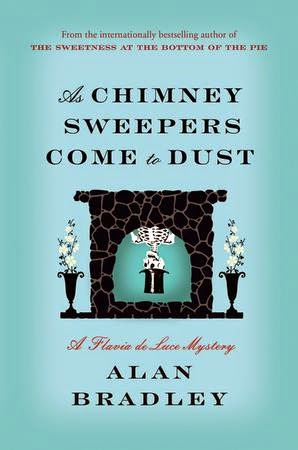 If you have been reading here for any amount of time, you know that one of my all-time favorite series is Alan Bradley's Flavia de Luce series. The latest book, number seven, is As Chimney Sweepers Come to Dust and it came out in January. It's a bit of a change in the series as it takes place at a boarding school. This one definitely didn't disappoint as we saw some growth in Flavia, had a compelling mystery with some creepy characters, and also enjoyed a refreshing change from the regular Buckshaw setting though, just like Flavia, I also missed Dogger and Gladys. But it was also nice to have some new peer interactions and to get Flavia out of the lab for a while. Now I have to wait another year for book eight ... 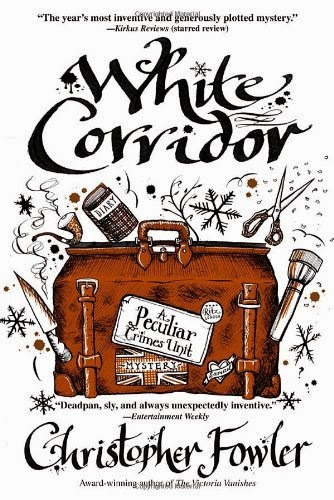 White Corridor is the fifth book in the Peculiar Crimes Unit Mysteries, also known as the Bryant and May Mysteries, by Christopher Fowler. This was a pretty dark entry in the series so, while I enjoyed it, it is not my favorite of the bunch. Plus, the detectives were in a situation that brought both my claustrophobia and my hatred of being cold into play and made me pretty uncomfortable. Luckily, there are twelve books in this series so I'm guessing when I pick up the next one, it will probably be something completely different.

Enjoying one after another,
K
Posted by Kristen M. at 9:26 PM