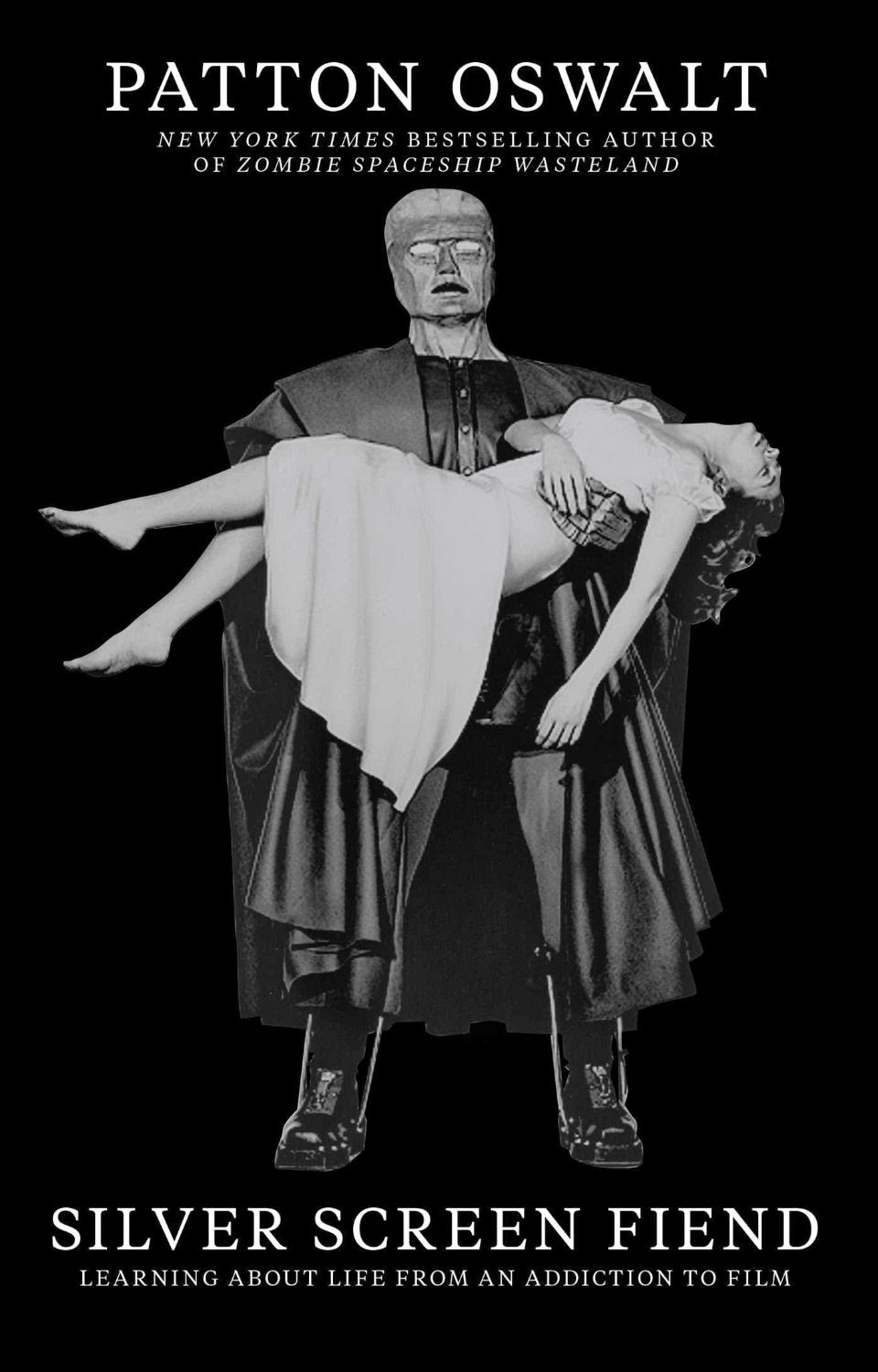 I have a stack of books here to review but last night I started and finished Patton Oswalt's short second memoir Silver Screen Fiend: Learning About Life From an Addiction to Film and I couldn't fall asleep because I was thinking about my own connection to film. So, I thought that I should get this post out of my system and then go back to the other books.

Patton's story is about how, for four years, he overdid it a bit (understatement!) by seeing hundreds of movies, sometimes going to the theater almost every night as he also kept up his routine of comedy performances and also began to break into film and television. He also talks about some of the history of the comedy scenes in various locales throughout the late '80s and the '90s, but the part that really resonated with me was the way he found, lost, and found himself again through film. In the back of the book, he lists all of the movies that he saw in those years and, though he has upwards of 750 movies on the list, out of curiosity I counted up how many of them I had seen and I easily passed 200. It blew my mind to think that I had seen so many more movies even than that. Which then led to me thinking about what role movies have played in my life.

When I was in kindergarten, our family of two adults and four kids moved to California into a two-bedroom apartment. We lived there for four years (and one more kid) and, as you can probably guess, looked for lots of ways to get out of the house. Whether it was going to the local movie theater on summer mornings for their family-friendly discount movies or piling into our Chevy Nova and heading to the drive-in for a double feature, the movies were an escape, a source of joy, and a time of bonding (except for Star Trek II:The Wrath of Khan ... that just gave me a fear of bugs crawling into my ears). Then my grandma started taping movies off of cable and we ended up with a home VHS collection in the hundreds. We watched movies ALL of the time, discovering new films and re-watching old favorites dozens of times. After I finished high school, I got a job at a music and video store (Music Plus forever!) and started another journey into film as I watched almost every new release that came through the store. Through my college years, our cheapest entertainment option was the local Blockbuster (where we actually ran out of films that we wanted to see) and then, after college when we moved to Washington, I worked at another music and video store for a while. Around that time I also finally discovered Turner Classic Movies and a whole other journey through classic film started (with The Thin Man and Laura and The Ghost and Mrs. Muir). I haven't seen as many films as Patton and I still have a lot of back catalog films that I would like to eventually see but, just like him, I have shifted to have more of a balance between film and other pursuits (some of which has come thanks to this blog and the rest thanks to having a kid). Many films now bring back vivid memories of the time I watched them (Close Encounters of the Third Kind at the drive-in, Empire Records twice in one night in my tiny college bedroom) and the feelings and thoughts they inspired. I wasn't watching them for technical reasons like Patton (who wanted to become a director) but I noticed the same things, the same moments, when a single line, a single look stole the show. I can't imagine having grown up any other way, with all of these moments building me into who I am today.

So, now that I've spilled my guts, tell me, are you a movie addict? Do you have an all-time favorite?