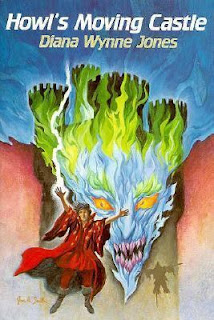 I hope a few of you were able to read / reread HOWL'S MOVING CASTLE this week. There's always something new to discover in this tale of magic, misdirection, and secrets! It was published in 1986 and definitely has some 80s-ness to it (mostly the text-based computer games) but it is also timeless in its themes of lust, heartbreak, family, and loyalty. 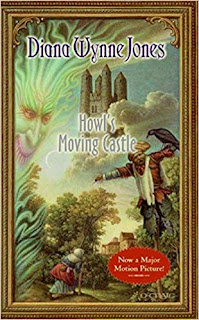 As I was reading, I kept trying to think of a discussion topic for this post but it turned out to be quite hard! Sometimes I got distracted by considering how a horse-disguise cloak would actually work and forgot what brilliant idea I had. Other times, I just felt a topic was too drab for such a vivid story. 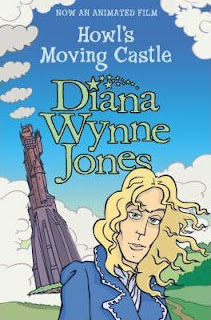 What I eventually found my mind returning to was the fact that Diana includes so many *different* types and methods of magic in this story.

First, there is the fire-demon-assisted magic of Howl and The Witch of the Waste. They both seem to have endless powers, with the only limitation being energy. They can transform themselves and other objects, create elaborate illusions, connect different worlds, and execute curses. Most of this seems to be able do be done on a whim, with only a small amount needing actual words or rituals.

Second, there is the "grade-school" magic of Michael. He can follow directions to create simple potions and powders that help with everyday problems. Some of them might even be so simple as to be considered placebos. He never does anything on his own though so this implies that there is no "power" required for this magic.

Third, there is the honey magic of Mrs. Fairfax (and Lettie/Martha). Her specialties seem to be gentle transformations and simple manipulations of nature. Again, this seems to be follow-the-directions magic.

Fourth, there is the verbal magic of Sophie which is obviously a talent as she didn't even know she was doing it at first. She can talk life into inanimate objects, transform matter, control minds and actions, and clean houses. Okay, so that last one is just a series of mundane chores -- but if I could make it happen in my house it would be magic!

I'm not quite sure where Mrs. Pentstemmon's magic would fall in this. She has the ability to detect spells and talent and she is said to be a great teacher but we never get a look at her practical methods. She has no demon so it could be that hers is just an advanced version of Michael's magic. But I have a feeling that she's also able to do things at will, just perhaps less spectacular things than those done  with demon-assistance. I am assuming that Wizard Suliman would be in this same category.

And then there is the question of whether Martha practices another sort of magic. She says it is just that people like her because she likes them but it definitely feels like at least a bit of enchantment with how manic everyone in the bakery is about her. It could be a minor form of Sophie's belief-driven magic.

The point of all this being ... many authors create a single system of magic where various characters are just more or less advanced and/or talented at operating within the system. But, in this book at least, DWJ seems to have created new magics every time she needed them. She has at least four different ways of using magic and nothing seems to be out of bounds for what magic can do. This makes the world of HOWL'S MOVING CASTLE both fascinating and a bit frightening! 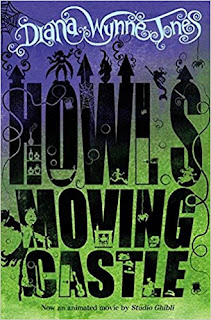 So, tell me ... what did you think about while reading HMC this time through? Is this one of your favorite DWJs? Have you read the sequels?

Telling this post to write itself didn't work,
K

Postscript: Let us keep Diana in our hearts and minds on Tuesday, 26 March, as the 8th anniversary of her passing arrives. What a treasure we lost on that day.
Posted by Kristen M. at 12:18 AM