The RIP challenge has turned out to be a lifeline during this ridiculously stressful time. Escaping into old and new favorites in my favorite genre is the perfect antidote to the world right now. Here's how I did in September.

The books I finished:
Murder by an Aristocrat Mignon G. Eberhart
The Manual of Detection Jedediah Berry (reread)
Silver in the Wood Emily Tesh
The Haunting of Tram Car 015 P. Djèlí Clark 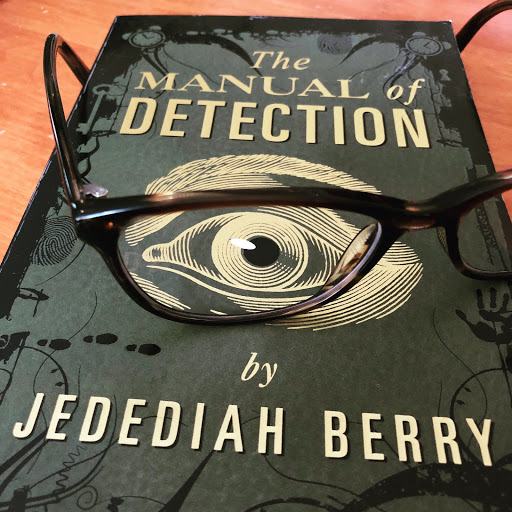 Charlotte Markham and the House of Darkling Michael Boccacino (reread)
Mexican Gothic Silvia Moreno-Garcia
The Infinite Blacktop Sara Gran (audiobook)
The Seance John Harwood (reread)
Finna Nino Cipri
The Crooked Hinge John Dickson Carr
My favorites of this batch were Finna, The Haunting of Tram Car 015, The Crooked Hinge, and The Seance. Although The Manual of Detection was really fun to revisit and Mexican Gothic was a great choice for my Witch Week post (which you will see in just over a month).
I've been extra stressed during the past week or so (PSATs and debates and such) so I have three books going at the moment:
The Oxford Book of Gothic Tales, edited by Chris Baldick
Murder in the First-Class Carriage Kate Colquhoun (non-fiction)
Horrorstör Grady Hendrix (audiobook)
I listened to half of Horrorstör today because it is just that good! I tried to listen to Melmoth by Sarah Perry just before this but it was just too slow and after fifty pages I still didn't care about anyone in the story. I don't know if I'll put it aside for later or just be done with it.
Looking forward, I have a couple of books that I was saving specifically for October and a few audiobook holds that should come in this month. I don't know if I'll participate in Readathon just because I'm having a hard time with anything organized or social. We'll have to see!
Have you read anything for Readers Imbibing Peril yet? Anything you want to recommend?
Posted by Kristen M. at 10:51 PM