RIP Read 1: The Devil in the White City 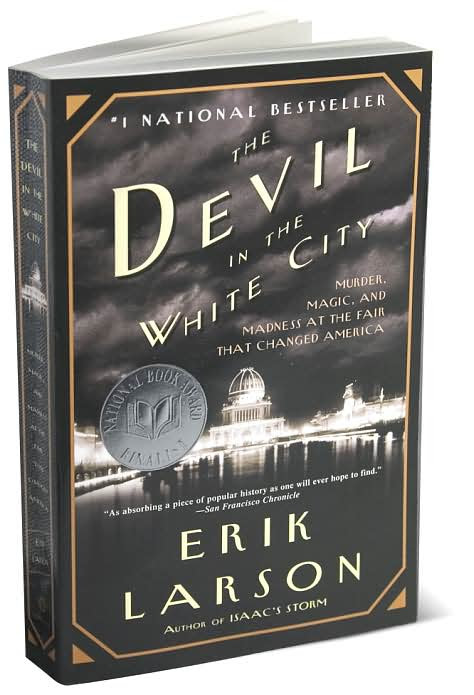 I spent most of September trying to get through The Mysteries of Udolpho but when I was only one third of the way through after almost three weeks, I threw up my hands and threw down the book. I needed something to get me back on track and so I picked up The Devil in the White City by Erik Larson. Thank you to everyone who recommended that I finally read this one! It was just what I needed.

I'm not going to write much about this book because many of you have already read it and others will probably be at least a bit familiar with it. For those who aren't, the long and short of it is that it tells the parallel stories of the Columbian Exposition in Chicago at the end of the nineteenth century and the exploits of H.H. Holmes, a serial killer and all-around creep in sheep's clothing. Larson takes a little bit of liberty and really creates a narrative with the facts that he unearthed to make it a compelling read. (He explains why he did so in the end notes and I accepted his reasoning even though it bugged me a bit while reading.)

My only complaint (and why I gave it 4.5 stars on LibraryThing instead of 5) is that I love science and wanted to read more about Tesla and less about architecture. I know that it would have been a heftier tome if Larson had included everything possible about the fair but I was just a bit sad that the amazing things that were happening at the Exposition were glossed over. Even the first electric chair (thanks a lot, Edison) was only given one sentence.

But, of course, I heartily recommend this book to anyone interested and it certainly made a chilling RIP read. The evil that men do is always worse than any fiction.