A Huge Ego and A Huge Mistake 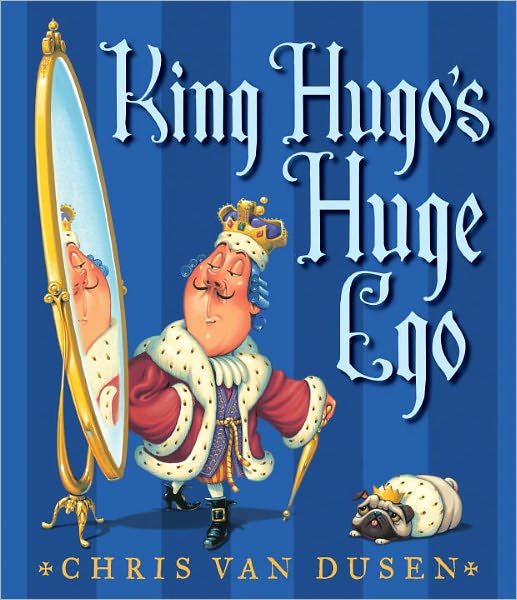 We're sadly getting near the end of our picture book days in this house. Z is more and more interested in longer and more complex stories. He's also really into graphic novels these days. So now we have to keep an eye out for those rare picture books that have a little something special, something that can still grab a seven year old's attention and make him laugh. Candlewick happens to have two fun new picture books this fall that do just that.

King Hugo's Huge Ego, written and illustrated by Chris Van Dusen, is a book in verse -- the tale of a king whose diminutive size is greatly eclipsed by his large ego. When he finally angers a sorceress, she secretly curses his head so that each time he brags about himself, his head inflates. Pretty soon, he can barely move because of his huge noggin. When he reencounters the witch, can she get him to realize just why he now has a head the size of a hot air balloon?

The brilliant colors of the detailed and sometimes hilarious illustrations in this book are really fun. This one also works well for slightly older children because it introduces a lot of great vocabulary words including enormous, cocky, adoration, crimson, arrogance and ermine! And, of course, the lesson that is taught is a great one these days in a world of rampant overpraise and quite a few bratty kids. Plus, the king's pug is just the cutest little guy ever! 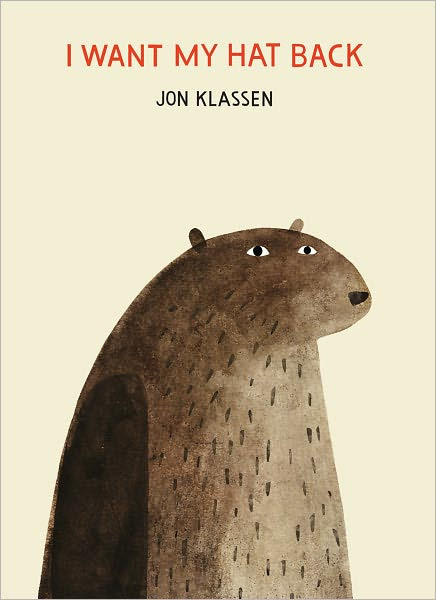 The other picture book that we enjoyed recently is I Want My Hat Back by Jon Klassen. It's a book of simple words and simple illustrations but it's got real personality.

A bear has lost his favorite hat and so he goes from animal neighbor to neighbor, asking if anyone has seen his hat. After he talks to a few animals, he realizes that he might have actually seen his hat on a shifty rabbit a few pages back. When he finally gets his hat back, the rabbit is soon nowhere to be found.

Z cracked me up when we sat down and read these books together. One of the words we learned in King Hugo was "buffoon". He asked what it meant and I told him it was someone who acts foolishly. Then, after we read this second book, we had the following exchange --

Z: That rabbit is a buffoon.
K: What happens to rabbits who are buffoons?
Z: They get eaten.

Holding on to picture books for just a bit longer,
K and Z
Posted by Kristen M. at 12:51 AM