Many years ago, when I used to find my next read solely by wandering the aisles of my local Barnes & Noble, I happened upon your first novel -- The Dante Club.

I thought it was a fantastic book, putting well-known American authors Longfellow, Holmes and Lowell in a shockingly dark adventure based on the writings of Dante. I liked it so much that I gave it to my mom to read and she liked it too (except for the part about the maggots which she still brings up every once in a while as being just a bit too vivid and memorable). The only problem was that I didn't know much about these authors before reading the book and so, while I had a great time with the story, it didn't mean quite as much as if those authors had been literary "friends" of mine. 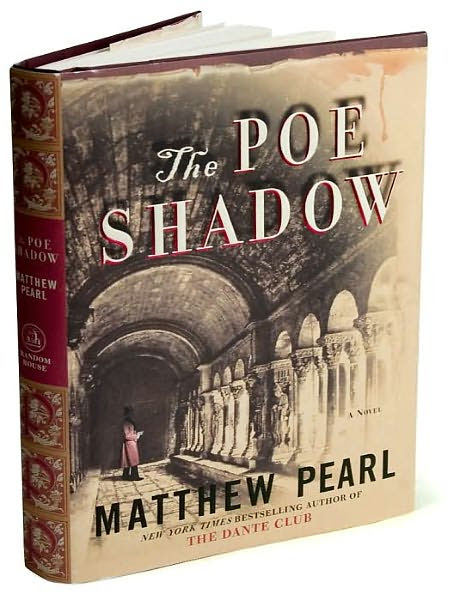 Then, in 2006, I was thrilled to find that your next novel did feature a chum of mine, a recently deceased Edgar Allan Poe. The Poe Shadow is about a very likable young lawyer, Quentin Clark, who can't believe the rumors flying about Poe after his untimely death. He follows the clues that many die-hard Poe fans have also followed over the years to try and prove that Poe's bad reputation was not in fact true. It was a fantastic novel that brought an unsolved mystery back to life in vivid color.

And then, just a couple of years ago, I almost fainted when you tackled the death of my beloved Charles Dickens and the missing ending of his final novel, The Mystery of Edwin Drood. After a less than satisfying experience with another novel about the same subject that came out around the same time, this story turned out to be just what I was looking for. I wasn't disappointed with your book at all.

Finally, last month I had the pleasure to read an early copy of The Technologists, which will be coming out in February. Like The Dante Club, I wasn't previously familiar with the characters or setting--the first graduating class of M.I.T., The Massachusetts Institute of Technology--but, by the end of the story, I became more invested in the lives of these young men (and women) than I would have thought possible. In fact, I was disappointed when the book ended because I wanted to follow your characters through the rest of their lives and even back into their pasts. With fascinating studies of science versus religion, Tech versus Harvard, women in education, the Civil War and more, this was a deep and thoughtful book that also read as a love letter to Boston, a city with a long history. And the mystery, oh, the mystery! I almost wrote you half-way through reading the book because I thought I was so clever and had it all figured out. But I was wrong and couldn't have been happier to be so. I didn't feel cheated or misdirected at all. I simply followed the clues, as did Marcus and the other Tech students. Even the best scientist can only form conclusions with the facts he or she has at hand.

And writing a prequel short story, The Professor's Assassin, was a brilliant way to set the stage for why M.I.T. was so important, especially to its founder, William Barton Rogers. It also avoided the increasingly-present Prologue that is starting to bother some readers of modern novels. And now I've just found some novellas and short stories on the website for The Technologists about Marcus, Edwin and Ellen and I'm incredibly excited to read about the students' time at M.I.T. It's exactly what I was wishing for!

One of my reading resolutions for this year is to re-read your first three novels and I may even throw in a re-read of The Technologists at the end of the year for good measure because it was just that good. Thank you for writing books that I want to read over and over. I hope to convince a few other readers to pick them up as well.

Yours in literature and history,
K
Posted by Kristen M. at 12:46 AM