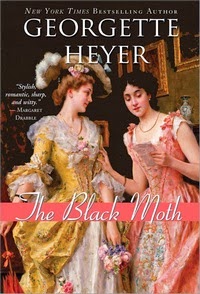 I read The Black Moth this month along with Anastasia as part of her Georgette Heyer Month event. It was another of Heyer's fantastic romances, one part adventure, one part comedy of manners. There were plenty of likable characters, a dastardly duke, and a pair of shamefully bad characters that actually redeemed themselves by the end. This was a really fun read! 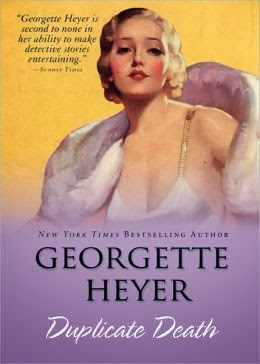 I also like to read a Heyer mystery or two a year, even though most of them have been somewhat awful (in a still readable way). She writes such horrid characters in her mysteries that you hope there's more than one murder to weed the patch a bit, so to speak, and there's usually a surprise romance at the end that nobody, not even the characters who fall in love, would have seen coming. But this one was a bit different in that the romance is there from page one, even if it's a bit tentative. There are still some extremely despicable characters but the return of a good Chief Inspector and a charming main character from a previous story (I said in my review of that book that I wished for a follow-up story with young Mr. Harte -- well, he's not as young anymore but Heyer must have loved him as well to bring him back!), makes for enough balance to make this one of her better mysteries.

Thank you to Anastasia for hosting this fun event and for getting two more Heyers off of my TBR shelf. Now there's room to buy a couple more!