"The first three books can be read in any order, but the last in the sequence, Crown of Dalemark, has to be read last. You won't get a proper understanding of who the characters are and why they do what they do unless you've already read at the very least Cart and Cwidder and Drowned Ammet, but preferably all three." -- The Official DWJ Website 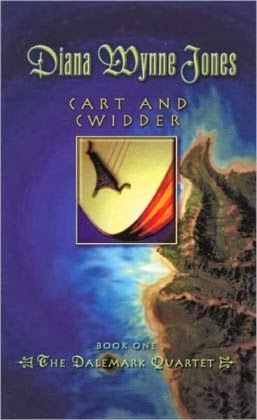 The story of Moril and his brother and sister who are travelling musicians journeying through Dalemark, until one day they pick up a mysterious passenger. Somehow Moril's family and the stranger become bound together in terror, flight, and music. 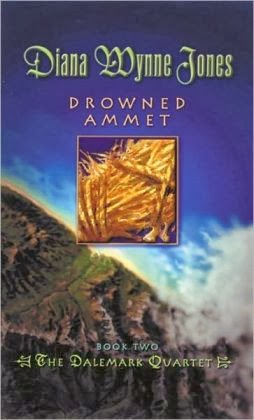 The people of Holand in South Dalemark are bitterly oppressed by the tyrannical earl Hadd. Informers, secret police, and cruel rent-collectors terrorize the countryside, and Mitt has grown up with more than enough reasons for joining the freedom fighters.
When his protest against the tyrannical government fails, a young boy escapes, with two other children, to the mysterious Holy Islands where they learn the identity and the power of two folk figures celebrated by their countrymen. 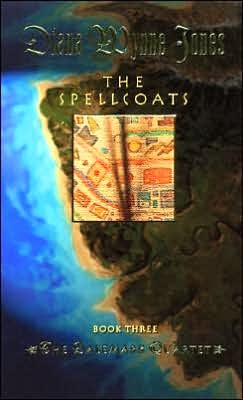 Tanaqui and her family have always known they were somehow different from the other villagers. But when the great floods come and they are driven out by the village, they begin to see the part they must play in the destiny of the land. As Tanaqui weaves the story of their frightening journey to the sea, and the terrifying, powerful evil of the mage Kankredin, she realises the desperate need to understand the meaning of it all. Can she fit the pieces of the puzzle together in time to halt Kankredin's destruction? (summary by DWJ) 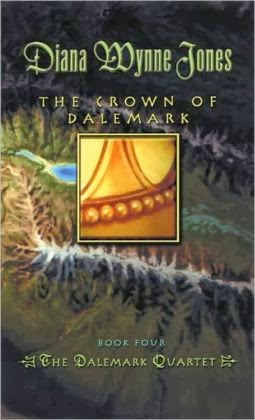 Since his arrival in the North of Dalemark, Mitt has become disillusioned. The North seems no more free than the Holand he fled from, a fugitive accused of attempted murder. And now he is trapped by the order to kill someone he doesn't know or else risk the lives of his friends. Forced once more to flee, Mitt is joined by Moril, the quietly powerful musician, and Maewen - out of her time, but mysteriously fated to play a part in their quest. For the evil powers of the mage Krankredin are re-assembling, and only the Adon's gifts - the ring, sword and crown - can once more unite Dalemark. (summary by DWJ)

Share your Dalemark love today!
Posted by Kristen M. at 12:12 AM