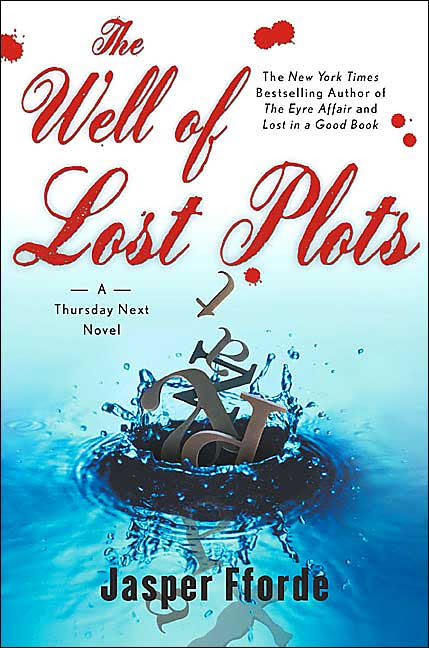 In the third Thursday Next book, The Well of Lost Plots, Thursday has to move into a novel to hide from the nefarious Goliath Corporation. She ends up in Caversham Heights, a novel that was abandoned. She gets to live on an old converted house-plane. Her bedroom is in the nose of the plane and she falls asleep each night to the gentle rocking of the house.

Thursday was put into this novel because it wouldn't ever be read so it didn't matter so much if she did things out of the normal narrative flow. But wouldn't it be much more fun to get to choose a published novel to live in? Which novel would you choose to settle down in for a year or two? You might be filling in for an established character while they go on vacation (you would have to deliver their lines and live in their home) or you might just be hiding out in the backstory. I would consider choosing to be Martha, the maid in The Secret Garden who invites her brother Dickon to play with the unfortunate Mary. Or I might spend some time as Trillian (a.k.a. Tricia McMillan) in the Hitchhiker's Guide to the Galaxy, traveling the stars in a unique ship. Or maybe I would just settle in as Madame Rosmerta, spending my time serving butterbeers in The Three Broomsticks to the youngsters from Hogwarts.

Daydreaming about impossible travel,
K
Posted by Kristen M. at 1:16 AM