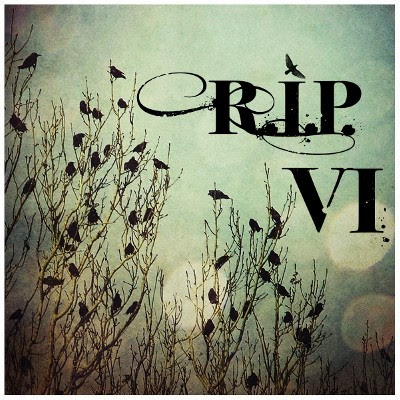 'Tis the season again, my old chums, for me to take you on a journey through books that feature the ghostly, the macabre, the perilous and the downright spooky -- the sixth year of Carl's wonderful RIP Challenge! This year, I am making this a true challenge for myself. I have chosen only classics and non-fiction from my own shelves to make my list. These are books that I pass over regularly because they take longer to read. I'm tired of them leering at me (what can I say -- they're true RIP candidates) each time I go to choose my next book. So, over the next two months, I will attempt to read as many of these fiends as possible so that they can be moved from my bedside TBR shelves down to the near-infinite stacks of the already read.

Non-Fiction
The Suspicions of Mr. Whicher by Kate Summerscale
The Monsters: Mary Shelley and the Curse of Frankenstein by Dorothy and Thomas Hoobler
Agatha Christie's Secret Notebooks by John Curran
The Devil in the White City by Erik Larson
The Poisoner's Handbook by Deborah Blum

As you can see, I need to make use of some of the dollars I've given to Penguin and Oxford! Of course, I might want to sneak in another book or two (or ten) that aren't such weighty reads and, as always, I have plenty to choose from. These were just the closest ones to hand that I could bring together for a picture.

And, finally, Carl recently posted about a couple of group reads for the season that I'm also planning on participating in --Neil Gaiman's Fragile Things short story collection through Sept and Oct (which will be a re-read for me) and The Lantern by Deborah Lawrenson in October.

So that signs me up for Peril the First (or as I usually call it, the Infinite Peril, since I always read more than four books), Peril of the Short Story and Peril of the Group Read. I'm sure I'll also do a bit of watching for Peril on the Screen but I'm not sure how much I will write about. I'll decide that as I go along!

Are you going to join the RIP Challenge VI this year? I'm sure that there's at least a few of you that I've tempted into it over the years!