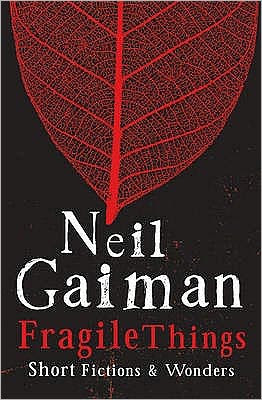 Last week's reading had some real gems in it and a lot of discussion which was fun! Let's just get into this week's "things" --

(As always, these are short stories and poems so there are bound to be SPOILERS ahead ...)

Okay, this might be the first time I have found anything really funny in this volume.  This free-form piece was just like a country song -- "my dad was blind but then he could see so he divorced my mom who became my dad after my dad died from being hit by alien debris from outer space". And that's just the first verse! The drunk on a barstool is always good for a story or two, right? And the thought of that drunk being a sock monkey just pushes this all over the edge into pure hilarity.


Unlike my feelings about the "Strange Little Girls", I loved these vampire studies! It's strange to think of them paired with the art of Rick Berry though because they are so much more vivid than Berry's blurred art. I can't find why it's called "Fifteen Painted Cards" when there are twenty-two. Did anyone find that out? Anyway, I don't think there was a bad one in the bunch here.


This story is gross and gory but still a good read. It's interesting that it came to Gaiman as a dream (or as he says, a nightmare) because, if I had dreams like this, I would never sleep again. I'm happy that I read this while it was still light outside and not right before bed because I would be afraid to sleep. Is the woman a vampire or a cannibal? I don't know but she sure ain't right.


This piece is indeed "...a netherworld of pseudo-medical nonsense." It takes one a little while to realize that the problem is not in the reading of this piece but in the writing. The brain tries to make sense but it is really nothing but nonsense. I think if one admitted to liking this, one's mental condition would be questioned. And yet, how can one not enjoy a bit of tongue-in-cheek nonsense every once in a while?