This summer I wanted to make some progress through Terry Pratchett's Discworld series so I headed over to the handy-dandy reading order list and chose Reaper Man and Equal Rites. I hoped to get through more of the series before September but such is life. Maybe I should just set a goal of two a season. Anyway, here are some really quick thoughts on these books. 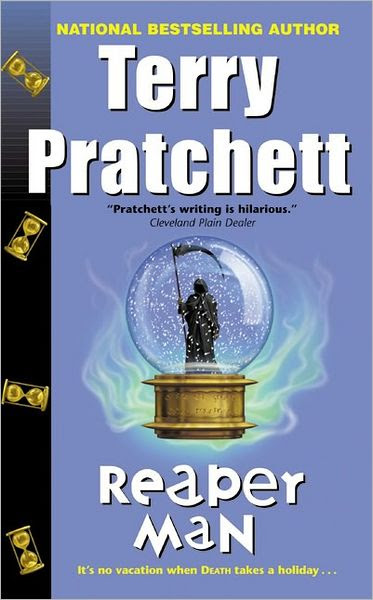 Reaper Man is the second book of the Death storyline. There were two alternating storylines, one about Death, who had been relieved of duty and sent down to the Discworld as a man-ish person, and one about a wizard who therefore didn't altogether die when he was destined to. There was a lot of humor in the story but also some things that seemed a bit too far out there. Strangely, though I loved Death in Mort, I found the wizard's story to be the more interesting one this time. There were parts of the Death story that were thought-provoking but on the whole it fell flat for me until the end. This probably was my least favorite book so far. 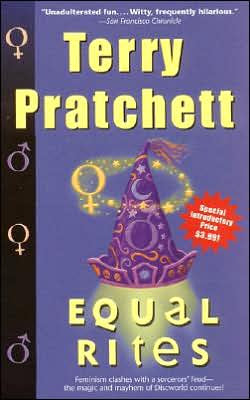 And Equal Rites is the start of the Witches thread. I loved this whole story. Between Granny Weatherwax, witch extraordinaire, and Eskarina (Esk), the first female witch/wizard hybrid, I felt like this book worked as both a fun tale and also as a gender politics satire. There was a small amount of mystery, a chunk of adventure and enough intense glaring to go around. This would be a good entry point for most readers who want to try out a Discworld novel.