I wanted to do a couple of quick mentions for some new releases I've read recently. They are both series books so be forewarned! 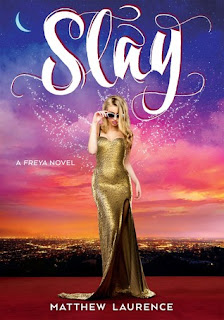 Slay by Matthew Laurence is the sequel to last year's Freya and it's darker but just as fun of an adventure with the Norse goddess in modern times. This one focuses on Freya, Sekhmet, and Nathan (Freya's high priest) and takes place mostly in Los Angeles and San Francisco. It explores a lot of unique situations of love, fame, and friendship. It still has a corporation as the big baddie but there are little foes as well. 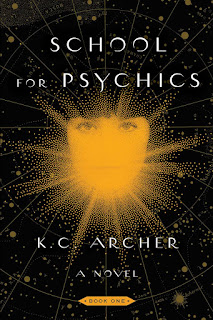 School for Psychics by K.C. Archer is the first in a new series and it also features a kick-ass female lead but a lot of the action happens inside Teddy's head, as you can probably guess from the title. She is an outsider who knows she's different but isn't quite sure how until she is recruited to attend a government training academy for psychics. The Institute turns out to be the place where she can not only explore what power lies inside her but also discover more about her mysterious past.

These two books are actually quite similar in that they seem tailor-made to be turned into movies. They're both vivid and fast-paced with enough action, drama, and hookups to attract key demographics. But, as books, they're perfect summer/vacation reads so I suggest picking them up and having some fun!